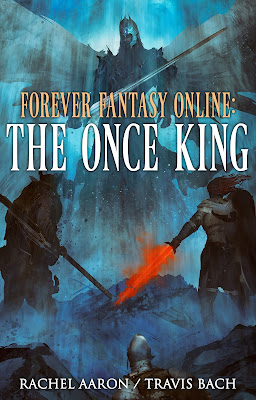 THE ONCE KING is the third and final book in the FFO series. If you're new, start from the beginning with FOREVER FANTASY ONLINE. We promise you won't be sorry!
Posted by Rachel Aaron at 12:43 PM 108 comments: