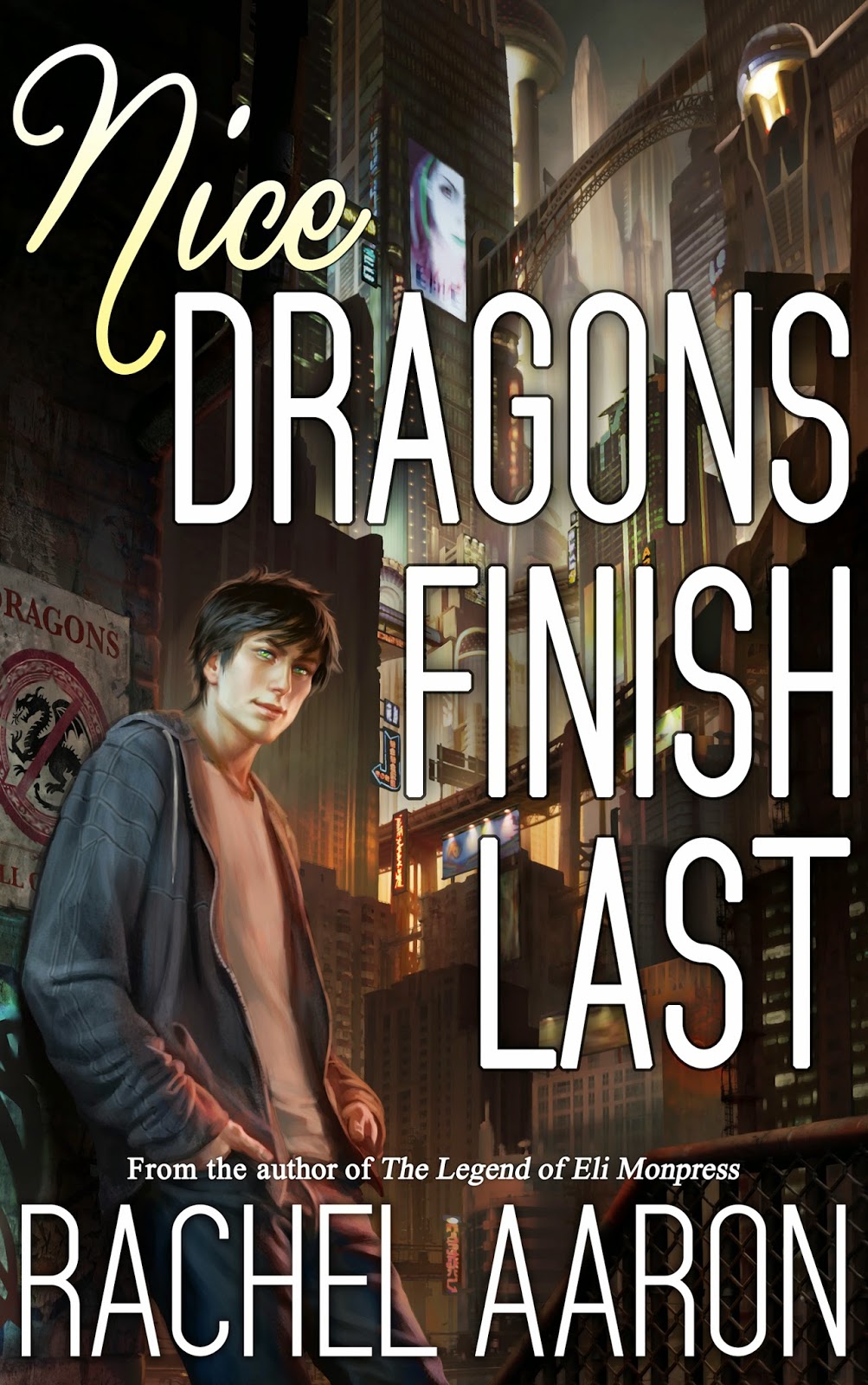 I had, of course, hoped to have the sequel out before this sale, but when Amazon invites you to be a big deal, you jump on it! So if you haven't tried NDFL yet, or if you have friends you'd like to surprise on the cheap, now's your chance!
BUT, while I don't have the actual finished version of One Good Dragon Deserves Another yet, I do have my cover art straight from my artist, Anna Steinbauer! 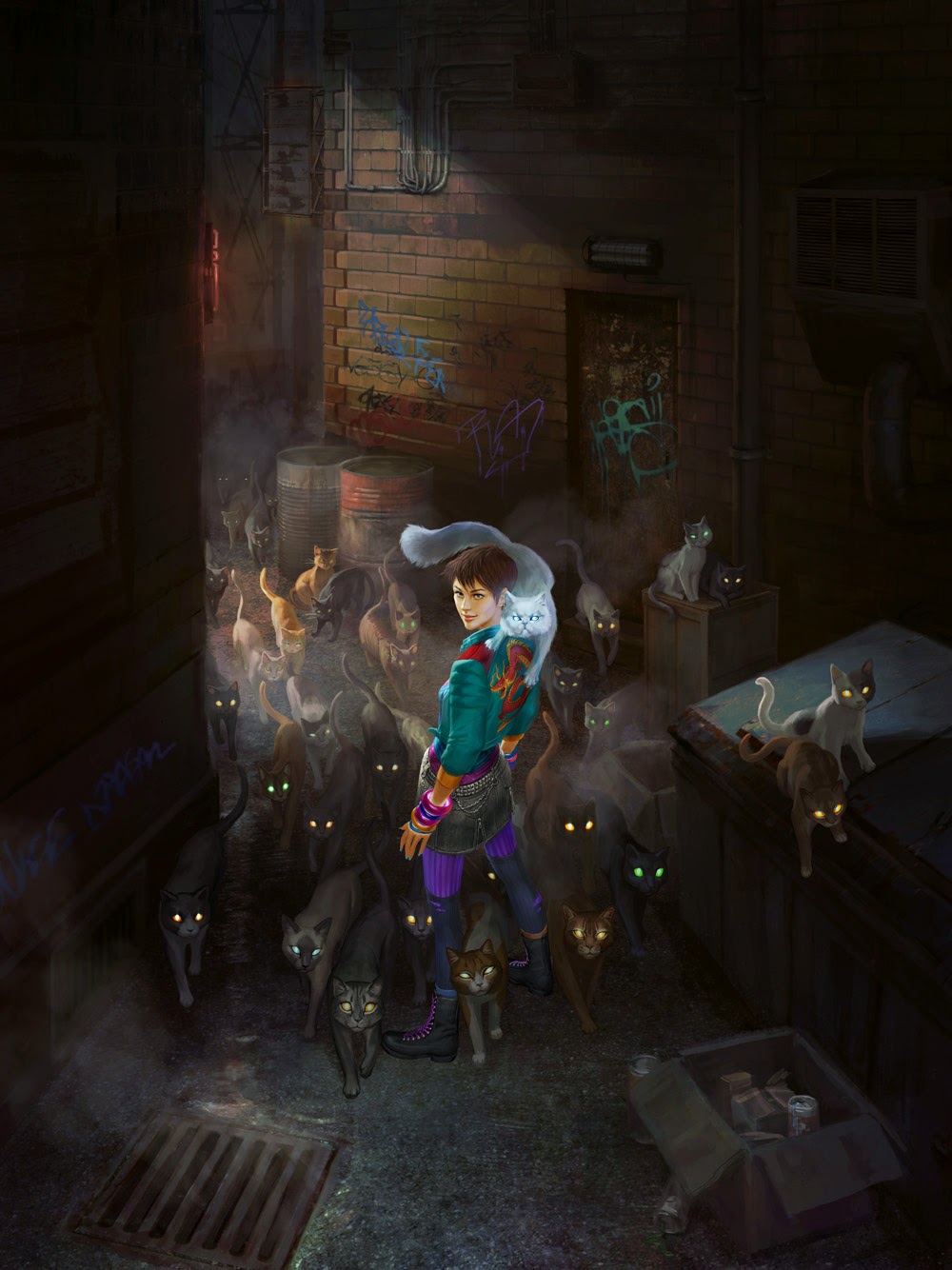 Yes, that is Marci and Ghost and their army of cats! This is the original art, so the framing and whatnot will be different on the final cover to fit the standard cover size and take the title into account, but I wanted to give you guys a sneak peek.

A slice of NaNoWriMo

So as I mentioned in my last post, I'm doing my yearly thread over at the NaNoWriMo Fantasy forums. This is always one of the highlights of my year, mostly because people ask such interesting questions!

This morning, for example, I got a question I loved so much I pretty much wrote a thesis on it just because I found the subject matter fascinating. I think you'll find it interesting as well, so, since I don't want to make people dig through forums, I'm going to repost the question and my answer here for easy access!

I hope you like it as much as I did! (And V. G. Medvekoma, I hope you don't mind me quoting you here. If you do, just let me know and I'll remove your part. Thank you again for such a great question!).


So I've been always wondering something: Why is fantasy oftentimes limited to a medieval setting?
I've jumped over to wikipedia's list of fantasy worlds (http://en.wikipedia.org/wiki/List_of_fantasy_worlds) and have chosen 20 completely random worlds/settings.
Now I'm not stating that medieval-ism is bad, I'm just curious for the reason and another thing: is this a cliché that inflences the publisher market? Would a publisher or an agent prefer a medieval world over an Elizabethan one?

You're very right that vaguely European Medieval style worlds dominate the Fantasy genre, particularly the Grimdark and Epic branches. My own Eli books take place in a sort of magical, late-Renaissance France-Italy without gunpowder, so I can't even claim to be above it.

You can't talk about where Fantasy gets anything without talking about Lord of the Rings, the grandfather of the Fantasy genre as we know it.

There are plenty of stories we'd now call Fantasy from before Tolkein, including historical ballads like Thomas Rhymer and the Queen of Elfland  and Malory's Le Morte d'Arthur, which is where we get almost all of our modern Authurian legends (and is also really freaking cool!). Both of these belong to the "romance" tradition in English literature, which has been a very strong theme in our literary history pretty much from the beginning. Please note that the word "romance" here doesn't mean a book with a dominant love story, but rather a fantastical tale that's almost entirely made up, usually very loosely based on folklore or history.

This love of creating new stories around the old Folk Lore tradition led to the Literary Fairy Tales of the Enlightenment that swept all of Europe. Retelling Fairy Tales, definitely not a modern invention! Anyway, I'm glossing over a lot of history, but if you're interested in the history of Fantasy, which is a very cool and rich history indeed, there's a great Wikipedia article on the subject.

This is where Tolkein comes in. His Lord of the Rings and The Hobbit were, if not the first, then definitely the most popular and enduring romantic stories to be set in their own secondary world, which we now expect from modern Fantasy. Now, of course, in Tolkein's mind, he wasn't writing Fantasy, but rather continuing the previously mentioned English romantic tradition of retold/re-imagined Folk Lore. He just made his own based on Scandinavian myths. But even thought Tolkein's stories were popular in their day, they didn't really reach their current lofty peak as the Source of All Fantasy until Gary Gygax and Dave Arneson used Tolkein's world and style as the inspiration for a little role playing game called Dungeons and Dragons.

It is impossible to overstate the impact of D&D, and through it, Tolkein's world, on modern Fantasy. All of our standard Fantasy cliches: brutal orcs, beautiful immortal elves, intelligent gold hoarding dragons, dwarves with giant beards who sing and live in hollowed out mountains, necromancers, etc. Come to us from Tolkein by way of D&D. The Dragonlance series, one of the first huge Fantasy hits, was a novelization of a D&D campaign.

Looking at the above, it's clear to see how our current Fantasy tradition of non-gunpowder, highly magical, Euro-medieval secondary worlds can be traced directly back to Tolkein and D&D, but why did it stay around? Well, as always, the answer is reader demand. Modern Fantasy's first hayday was the 80s and 90s, and its readers were overwhelmingly the same audience that was attracted to the D&D roleplaying system. They LOVED their books full of elves and orcs, and so publishers and authors provided. For almost two decades, Tolkenian Fantasy worlds were Fantasy, and it's only recently that we've started really branching out and maturing as a genre into other kinds of secondary worlds and stories.

So that's why so many Fantasy novels are medieval, because for a long time, that was the definition of Fantasy and what readers expected. Readers, not writers, dictate the direction a genre takes. An author can write anything and call it Fantasy (and have been doing so with mixed success for a very long time), but unless the Fantasy readership agrees, those genre-breaking books sink into obscurity. And even now, when we're actually starting to see a large body of Fantasy work set in places other than Tolkeinian worlds, the biggest Fantasy bestsellers--Game of Thrones, The Wheel of Time, and so forth--are all set in unique variations on the same vaguely medieval, European, pre-gunpowder, ancient magic, lost empires, Tolkenian inspired setting that's always been the backbone of the genre.

So yeah. Medieval-set Fantasy? Not going anywhere for awhile.

What does this mean for you as an author? Not much, actually. Despite everything I just said above, there are plenty of great selling, highly acclaimed Fantasy novels that don't fall into the D&D/Tolkein rut. NK Jemisen's 100k Kingdoms is a fantastic modern example of a not Euro-centric, totally unique Fantasy that was a success by any measure (and is also super good!). In fact, I think publishers and agents would prefer a unique setting to yet another Tolkein-clone just because it gives them something new to pitch. That said, a well told, well written story of any sort will always find its audience.


Wow, that got long, but also really fun! Hope I didn't murder you all with my wall-o-text! This was a super interesting question. Thank you so much for asking it, and I hope I gave you an answer you can use somewhere in there. :)

And so you see what I spend my time on the NaNo thread doing, waxing rhapsodic about Fantasy history! And yes, I know I left a TON of stuff out, but I'm still really happy with this.

The lines of genre are drawn so deep and dark these days, it's easy to forget that what we call Fantasy today is just an extension of a rich, literary tradition of secondary worlds that stretches back for centuries. Writers have always created their own fantastical worlds, and the modern Fantasy genre is just another step on that journey. Personally, I'm really looking forward to what the genre will become when we finally get away from the Euro/Nordic-centric settings and become truly global in our literary appropriations.

What stories we will have!

Happy NaNo, everyone!
Posted by Rachel Aaron at 9:21 AM 6 comments: