So I'm working on something pretty fun for you all, but it's not quiiiiite ready yet. So, in the meanwhile, I wanted to share this amazingly awesome lecture series on writing by fantasy author and pretty cool dude Brandon Sanderson.

I linked these on Twitter before, but if you're at all interested in writing fantasy (or really, writing anything) and you haven't had a chance to watch/listen to these yet, I very much suggest you take a few minutes and give them a go. Here's one of my favorites where he talks about his plotting method.


I've started working a lot of these ideas into my own plotting system. And this is just the surface, there's so so much more. If you don't want to sit down at watch a 20 minute lecture (who has the time?), these are totally great to just listen to as well. I like to put one on while I'm cooking/doing things that don't need 100% brainpower. It's like a mini-writing workshop!

It's always such a joy to listen to someone who really knows what he's talking about. I can not recommend these enough.

Email ThisBlogThis!Share to TwitterShare to FacebookShare to Pinterest
Labels: Writing

Lo, these many moons ago, I commissioned some Eli art to celebrate the release of my Omnibus. Well, they didn't quite make it in time, but they're just in time to fill the gap before the final novel! So, without further ado, check out this great Eli art by Razuri-chan!

First up, Eli! Observe the Daggerback cards - they rock my world! 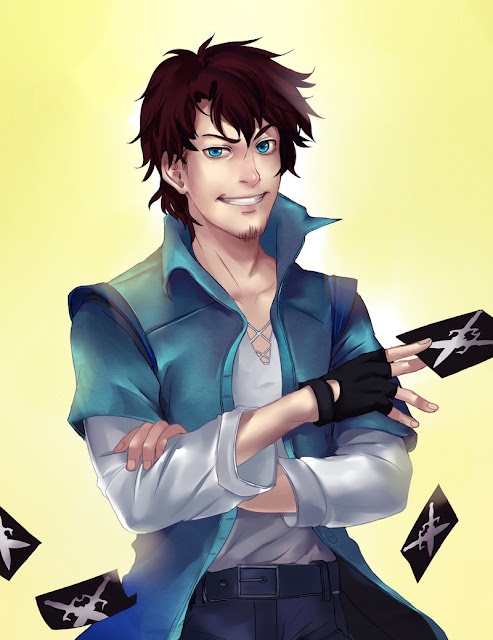 Next (one step behind Eli, natch) is Miranda! Love the rings, though they really should be even bigger. I always imagine her rings looking like those giant hunks of rock you see on QVC. Her hair is amazing, though! 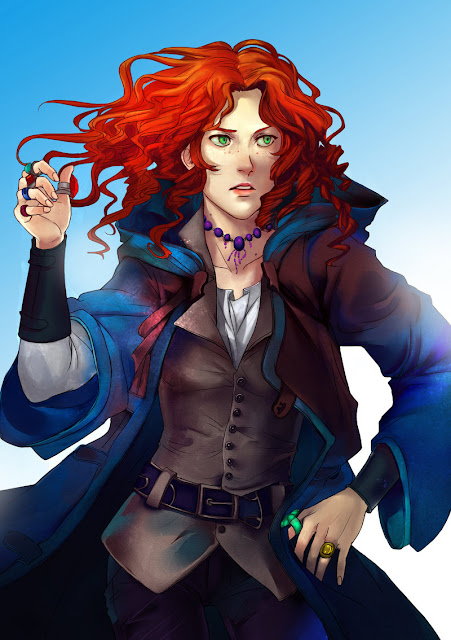 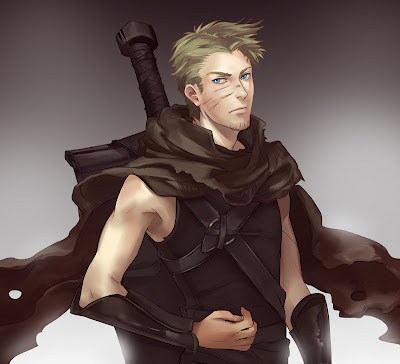 And finally, Nico. This is actually the picture Razuri did for me first a while ago. Yes, her coat is the wrong color, but I still like it. Poor Nico, your life is about to get even worse in Spirit's End! 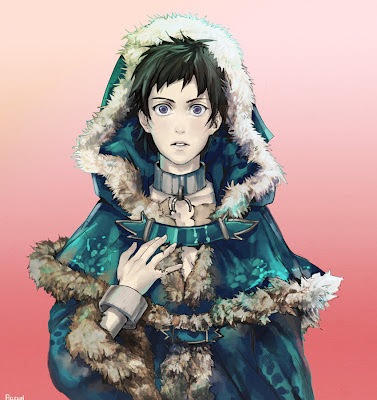 I hope you enjoyed seeing the Eli cast in glorious color! And just as a bonus, here's a lovely review of The Spirit Thief! Looking like a good Monday for Rachel. Hope your Monday is awesome, too!

It should come as no surprise to anyone who's ever read one of my books or spent more than five minutes in my company that I am a feminist. And when I say feminist, I don't mean any of the incredibly bizarre, fanatical, and unflattering definitions others (mostly men) have given that word. I mean that I think women are people who deserve equal right/pay/treatment/education/etc.

When I declare my feminism outright, like when I'm raging about how we're so far in the future we're landing robots on Mars and yet we still don't have equal pay for equal work in this country, people give me funny looks. This prompts me to give them a funny look back, because really, WTF? How can any enlightened person not be a feminist in this day and age? Can you look me straight in the eye and tell me that I'm not a full person? That I don't deserve the right to make my own choices/own land/have my own money? Are you going to tell your mother she lacks the presence of mind to vote? Right, didn't think so.

(And just for fun, the next time you see a lady backing off and saying "oh, I'm not a feminist," ask her if she wants to give up her right to vote. Because you know who got you that shit? SUFFRAGETTES, the most badass feminists ever.)

SO, feminist, not actually a very radical thing anymore thanks to a lot of brave ladies fighting fights that should never have had to be fought in the first place. And I, as a child of this enlightened age who didn't want to let her esteemed foremothers down, set about writing my books with strong female characters who defy labels and break barriers. BOO YA!

But one of the problems of being aware of things like unknowing stereotypes and sexist tropes is that you can get caught in the trap of over thinking. I'm in no way saying we shouldn't think about these things, ignorance never makes anything better, but there is such a thing as going too far in the other direction. For example, when I was writing the Eli novels, I had serious doubts about Benehime's character. Not to spoil anything for people who haven't read the series, but Benehime is... not a nice lady. She is, in fact, a horrible lady who does horrible things in the name of love.

I can't tell you how long I agonized over this. I mean, the woman becoming a villain for a man is one of those tropes I hate. I actually rewrote her parts in Spirit War and Spirit's End several times trying to get her right before I realized I was going about this all the wrong way.

The most important part of being a feminist author is treating your women like real people. This doesn't mean always making them admirable. When I actually stopped and looked back at my books, I realized that in trying to keep Benehime from being a woman brought down by love, I'd hobbled her character.  Once I stopped worrying about whether or not I was being a "good feminist" with her and just let the crazy lady do what she was going to do, the book got so, so, so much better. Because the truth of Benehime's fall is far more subtle and complex than her relationship with Eli, and she had to be free to be every bit as awful as she really was.

As a lifelong feminist and a former English Major who thinks about story a LOT, trying to make sure I'm aware of and avoid common feminine stereotypes is a huge part of every book I write. But recently, I've started to realize that I was trying so hard not to write hookers, victims, or doormats, I was completely cutting out the character possibilities of those spheres. The truth is, characters come in all flavors, and putting something completely out of bounds just because others have done it badly before is just another way of limiting women, and limiting my own stories.

What I'm trying to say is that while it's great, even necessary, to keep my feminism in mind while writing, sometimes you just have to stop worrying about what message you're sending and let the characters be themselves. Just as I define my feminism by saying that I am a person and deserve to be treated as such, so do I show myself as a feminist writer by letting my female characters be themselves, flaws and all. The most important thing is not that they are female, but that they are fully realized characters capable of being whatever they need to be.

In the end, my main goal remains unchanged. I'm a working woman writer trying as hard as I can to tell the best stories possible, all filled with amazing ladies. I do this not because such writing is my duty as a feminist, but because I like amazing ladies. I think they're awesome and inspiring and I want more of them in the world, so I'll do my best to put them there.

An Early Preview of SPIRIT'S END! 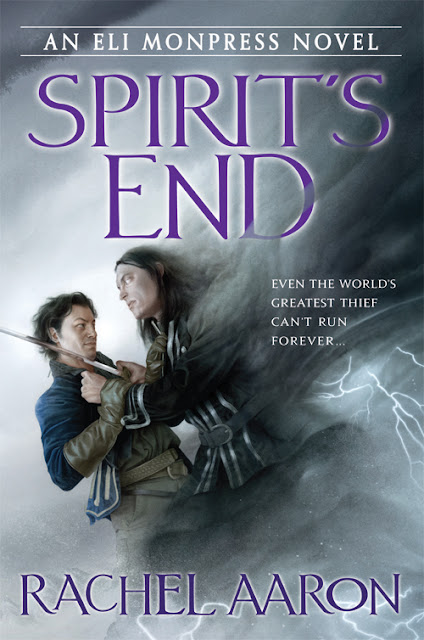 YES! Time for me to put out a four chapter preview of SPIRIT'S END! You got a taste of the prologue at the end of THE SPIRIT WAR, but this should really let you sink your teeth into what's in store for our favorite thief! Oh Eli, you didn't sign up for this, did you?

Blogging will pick back up now that I'm done with edits for a bit, and as we get closer to November, I'll be doing all kinds of give aways for copies of the full book! In the meanwhile, enjoy the sample and let me know what you think!

DISCLAIMER: The sample text was taken from my copy edit of the final manuscript. Any errors you see are mine and will not appear in the final version!

EDIT: So I just realized that the conversion to HTML stripped out all of Benehime's italics! These have been fixed! Sorry for any confusion. Now you should be able to read all the horrible things she says just fine.