My Halloween Costume and a reading rec! 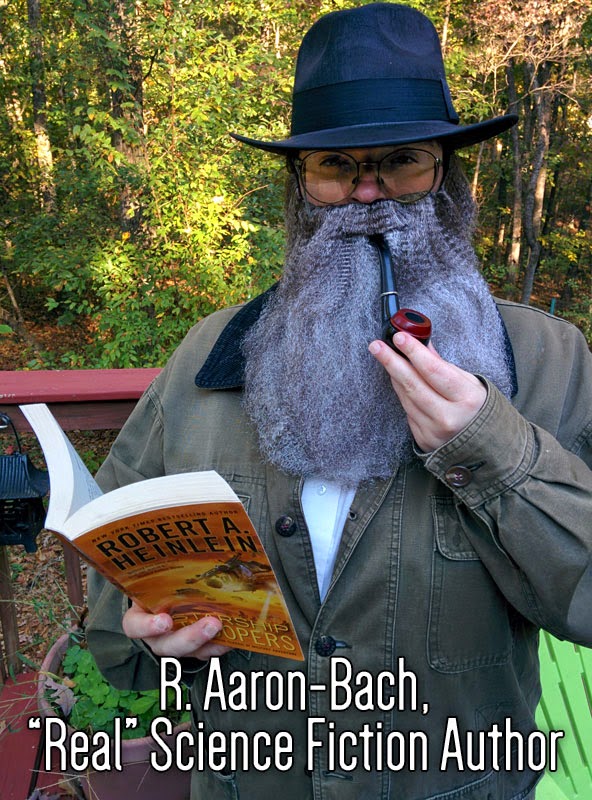 Don't I look dapper? But seriously, how do men deal with beards?! SO HOT!

In the spirit of the joke, though, I'd like to draw all of your attention to this book I just started called FLUENCY, by Jennifer Foehner Wells. 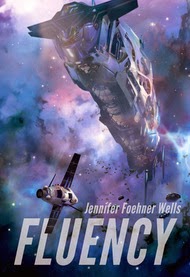 NASA discovered the alien ship lurking in the asteroid belt in the 1960s. They kept the Target under intense surveillance for decades, letting the public believe they were exploring the solar system, while they worked feverishly to refine the technology needed to reach it.

The ship itself remained silent, drifting.

Dr. Jane Holloway is content documenting nearly-extinct languages and had never contemplated becoming an astronaut. But when NASA recruits her to join a team of military scientists for an expedition to the Target, it’s an adventure she can’t refuse.

The ship isn’t vacant, as they presumed.

A disembodied voice rumbles inside Jane’s head, "You are home."

Jane fights the growing doubts of her colleagues as she attempts to decipher what the alien wants from her. As the derelict ship devolves into chaos and the crew gets cut off from their escape route, Jane must decide if she can trust the alien’s help to survive.

Full Disclosure: I haven't read the whole thing yet, so it could still go off the rails, but what I have read so far has been solid, old school exploration SciFi. Most important of all in the current context, however, this is classic SF WRITTEN BY A WOMAN, and until Amazon shoved this book in my face, I'd never heard about it. And that's freaking weird since Fluency is currently #7 overall in the Kindle Store right now with a 4.2 Amazon rating from over 1100 reviews. It's got a more mixed but still decent 1000+  reviews over at Goodreads as well, which strikes me as a pretty big hit for a debut SF novel that's only been out since June.

How did I miss this book before now? Here we are, desperate to bring female voices into SF, and this lady with her hard SF debut novel about a female doctor of linguistics making first contact is quietly becoming a hit off the radar. That's incredible!

So Jennifer, if you're reading this, mega congratulations on your success and on your book. I can't wait to finish it! Most fun I've had with hard SF in a long long time. And for the rest of you, check out Fluency! Hopefully you'll be as pleasantly surprised as I was.
Posted by Rachel Aaron at 9:48 AM

Beards are how we deal with winter.

Thanks for sharing.I found a lot of interesting information here. A really good post, very thankful and hopeful that you will write many more posts like this one.
kodi.software
plex.software
luckypatcher.pro

Nice to see this Halloween Costume on you.